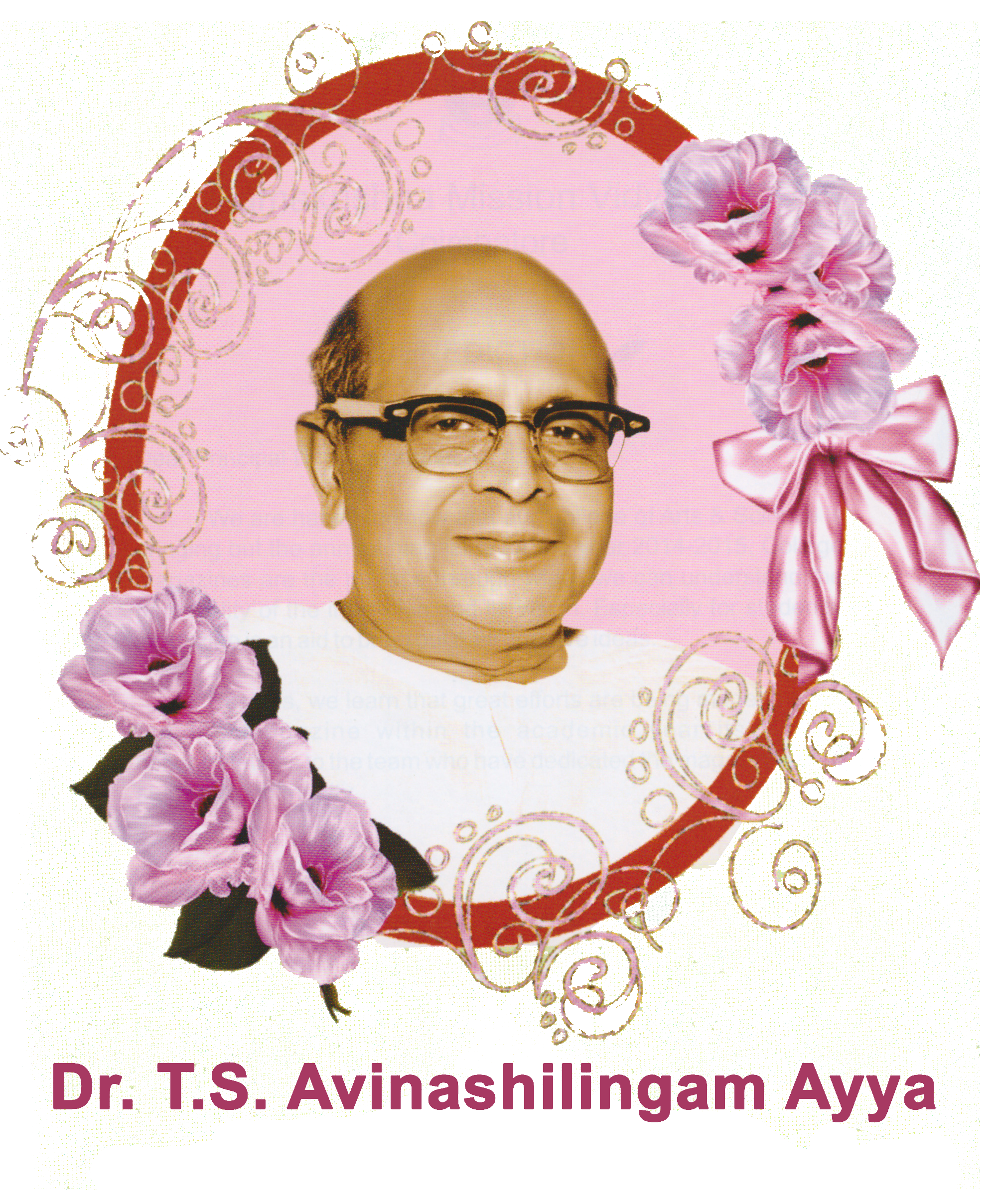 Tiruppur Subrahmanya Avinashilingam Chettiar Ayya (5 May 1903 – 21 November 1991) was an Indian lawyer, politician, freedom-fighter and Gandhian. He served as the Education Minister of Madras Presidency from 1946 to 1949 and was responsible for introducing Tamil as the medium of instruction. He ia also credited with having commissioned the creation of the first Tamil encyclopaedia.

Avinashlinam Chettiar was born to K. Subrahmanya Chettiar at Tiruppur. He was a nephew of politician T. A. Ramalingam Chettiar. Avinashilingam had his early education at Tiruppur, Coimbatore and Madras and graduated in law from Madras Law College of the University of Madras. He joined the Indian Independence Movement and participated in Civil Disobedience and the Quit India Movement. He also served as a member of the Imperial Legislative Council and later, education minister of Madras. He is also credited with introducing reforms in Indian society.

Avinashlingam was a devout Gandhian and was a strong follower of Gandhian economics. He was also a renowned social reformer and follower of the Ramakrishna Mission. Ayya served as the Education Minister of Madras Presidency from 1946 to 1949 under premiers Tanguturi Prakasam and O. P. Ramaswamy Reddiyar. One of his most remembered acts as minister was the introduction of Tamil as the medium of instruction in secondary schools ll over the Presidency. He established the Tamil Valarchi Kalagam or Tamil Academy in 1946 which created a 10-part encyclopedia, the first in Tamil, between 1954 and 1968. He was also a proponent of the empowerment of women and introduced education for senior citizens and reforms in libraries.

Ayya nationalised the poems of freedom-fighter, Subrahmanya Bharathi and created the professorship for Tamil and other Indian languages at the University of Madras. Thirukkural was introduced as a part of the curriculum from the 6th grade onwards.

Ayya was a deeply religious Hindu. Early in life, he came under the influence of Swami Shivananda and Swami Brahmananda of the Ramakrishna Mission. Inspired by the patriarchs of the mission, Ayya started the Ramakrishna Vidyalaya school at Race Course, Coimbatore in 1930. Later, he moved the school to a 300-acre plot of land in Perianaickenpalaiyam. Ayya also worked for the upliftment of untouchables and campaigned for widow remarriage. While Dalits and low caste Hindus were not permitted to study in most schools at that time, Ayya admitted children of all castes in his school.

Ayya has also written a few notable works in Tamil. On of his books is an account in Tamil about his pilgrimage to Tirukeedaram. Avinashilingam also wrote books on economics, Gandhi's education policy and the Wardha scheme.

Avinashilingam Ayya was awarded the Padma Bhushan, India's third highest civilian honour for his contribution to education and literature in the year 1970. He is also the recipient of the G. D. Birla award.