RAMAKRISHNA MISSION
Sri Ramakrishna was born in 1863 in West Bengal. In a brief period of fifty years, he experienced the spiritual realizations that the human race had during its entire past. Based on those realizations, he taught not only the various religious truths that he had himself verified but also the eternally existent harmony of all religions. 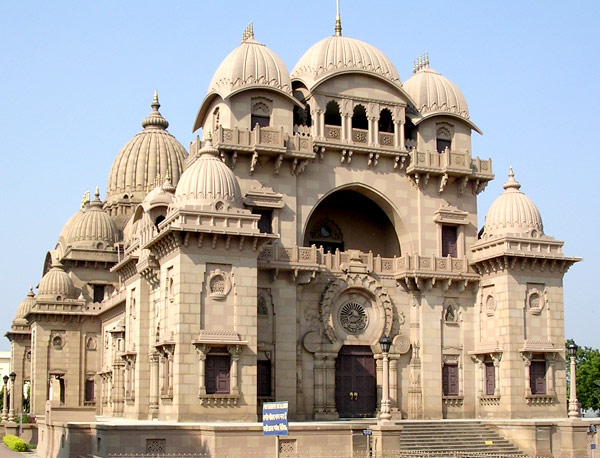 In his own lifetime he gathered a few disciples who later formed the nucleus of the Ramakrishna Order, which has now grown into a world-wide organization. Its first monastery had a humble and austere beginning in a small rented dilapidated house in Kolkata.

Many of the disciples could have led comfortable lives at home. Yet the call of the Beyond made the pursuit of worldly enjoyment seem empty. They chose the path of God although it meant walking on the razor's edge. As true sanyasins, they depended only on God and lived on what chance would bring. Many were the days when there was nothing to eat; but spiritual conversations, meditation and bhajans went on with least attention to their physical needs. Their only clothes were a kaupina (loin cloth) and a few pieces of ochre cloth; a mat on the floor as their bed even in the coldest days. Rosaries, a tanpura, a few pictures of gods and goddesses and saints, and a few books were their only possessions. A piece of cloth and a wrapper to be worn about the shoulders were their common property hung on a line so that whosoever had to leave the premises on some work might have the wherewithal to be clothed respectably. That was the beginning of the Ramakrishna Math. It was given a legal status through a Trust Deed in 1901.

The Math Centers are particularly noted for the dissemination of spiritual and cultural ideas and ideals on a universal basis, as lived and preached by Sri Ramakrishna and Swami Vivekananda. Celebration of the birthdays of holy personalities, discourses on spiritual topics, publications, running a library, etc, are some of the activities of the Math Centers are widely known for their educational, medical, tribal welfare, and distress relief and rehabilitation activities, the emphasis being on service to all beings.